Join Date: Oct 2018
Posts: 71
New XE borrows I-Pace cabin design
It seems that Jaguar is finally revamping the interior design of their sedan models. The rotary gear selector is gone, being replaced by a shift lever that's similar to the F Type. The steering wheel and dual touch screen setup, is right out of the I-Pace and there appear to be a lot more soft touch materials, door trims and better overall storage space. 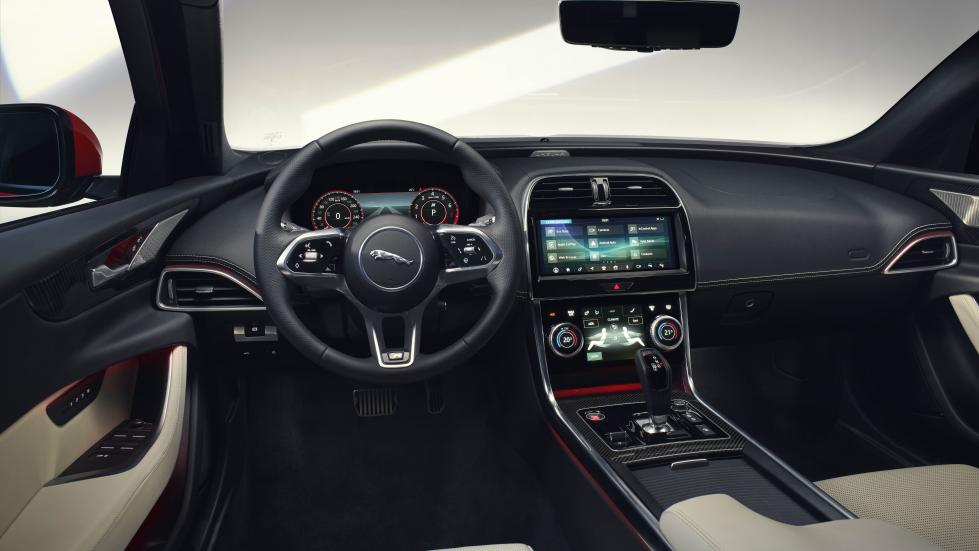 
Join Date: Oct 2018
Posts: 76
Found a much better pic of it. This is imo a big step forward for their interior design and I hope that more of the styling from the I-Pace trails down to other models in their lineup. Do we think this will be enough to revitalise interest in their sedans? 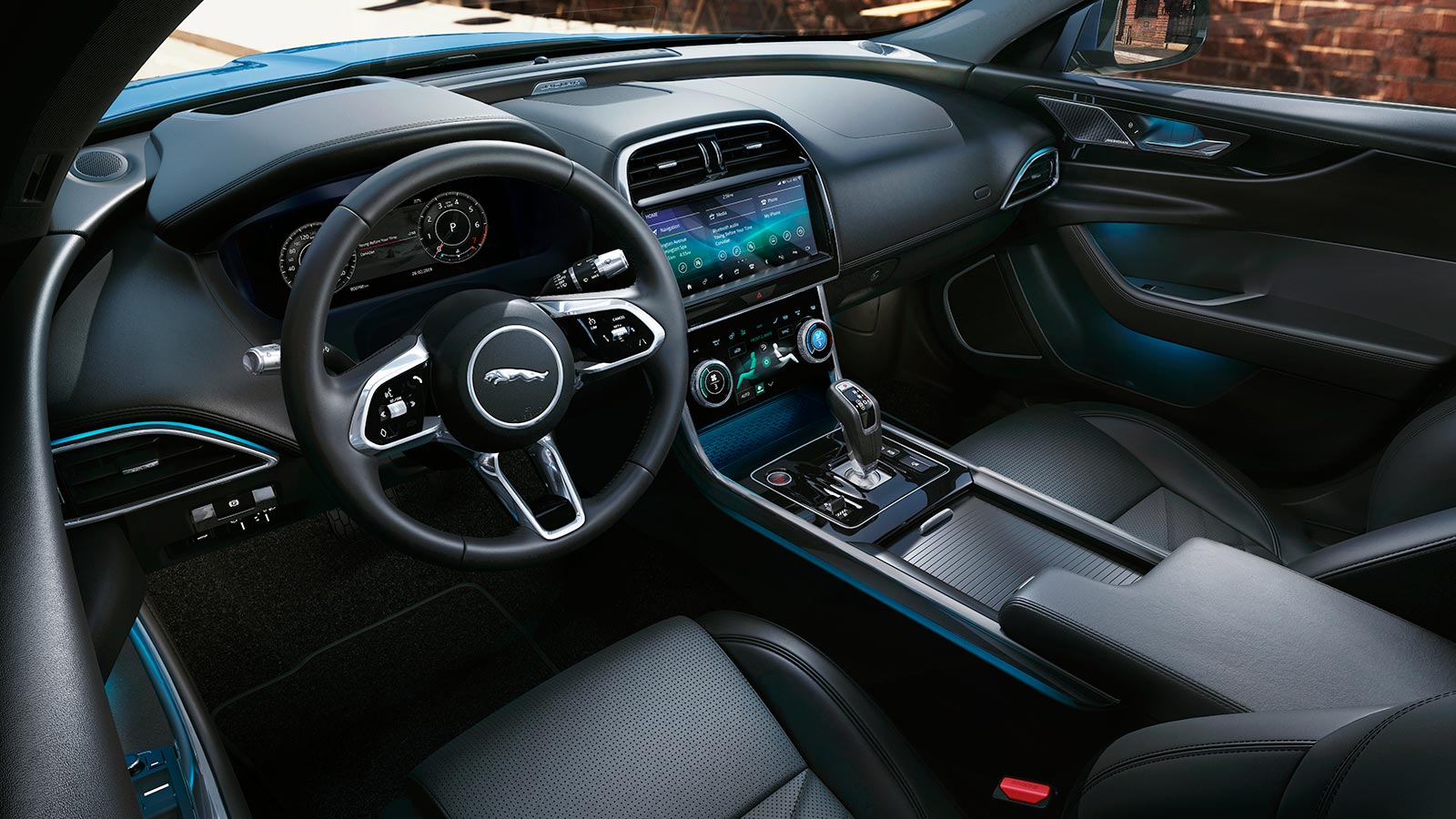 
Join Date: Oct 2018
Posts: 162
I used to think these cabins looked too old till I seen the interior of that Jaguar sueprcar that never made it to production.
Either this is actually what people want or Jaguar is waiting to drop some massive updates, but on my end its unacceptable 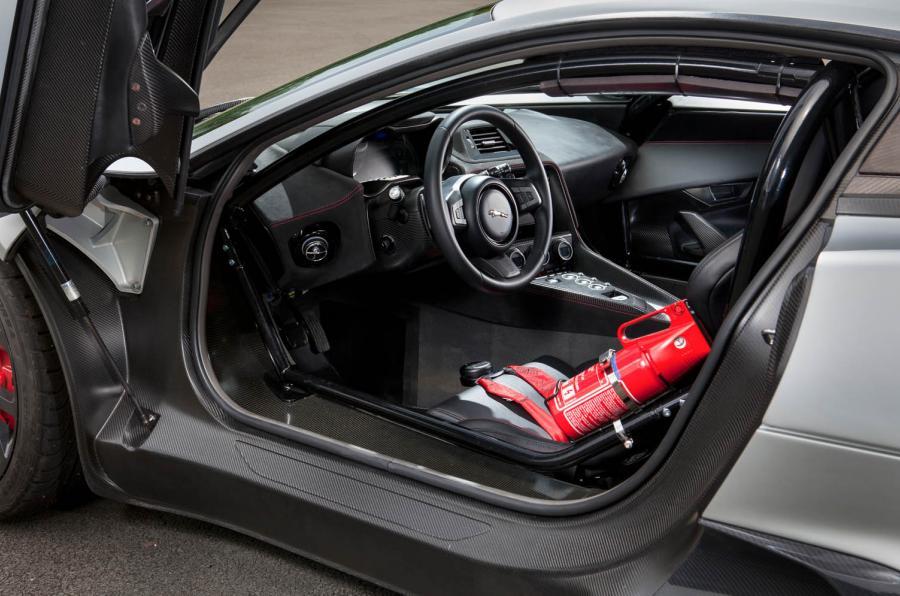 
Join Date: Oct 2018
Posts: 71
Quote:
Originally Posted by Seepace View Post
Found a much better pic of it. This is imo a big step forward for their interior design and I hope that more of the styling from the I-Pace trails down to other models in their lineup. Do we think this will be enough to revitalise interest in their sedans?

On its own no, but its an important part of the process to closing the gap between itself and comparable rivals. I think reorienting the XE as a sports saloon rather than a luxury sedan is a good idea. I found an in depth video that goes over most of the changes for 2019.
https://youtu.be/gkyVrB7Zvf4
JagX is offline
Quote
post #5 of 12 (permalink) Old 04-10-2019, 10:06 AM
Seepace
Member


Join Date: Oct 2018
Posts: 76
Since it seems like the XF Sportbrake is getting chopped for the US, I expect that some of Jaguars sedan models may follow suit as well. Alike most other automakers they will probably be doubling down on crossovers moving forward.
Seepace is offline
Quote
post #6 of 12 (permalink) Old 04-29-2019, 07:40 PM
crosscoupe
Senior Member


Join Date: Oct 2018
Posts: 162
It turns out sedan sales are terrible. Jaguar should be following the lead of Mercedes, Audi and BMW by introducing a CUV/compact crossover. Its how they can see positive growth!

Jag's new SUVs are selling better than its old-school sedans at the moment.
Despite the fact that every man and woman seems to be driving a crossover these days, Jaguar thankfully isn't turning its back on the good old sedan.

In keeping with the market trend across the country, sales of Jaguar sedans weren't exactly great last year, and despite the fact it's only been selling them for about five minutes, the company's SUVs were a sales success.

Sales of the XE sedan dropped by 21 percent in the first 11 months of last year, with just 28,402 being sold. It was a similar story for the bigger XF which sold just 29,563 units  a drop of 23 percent. Overall though Jaguar's sales were up by one percent, helped mostly by the E-Pace compact SUV.

"At the moment SUVs are in very high demand and their relative growth rates are strong, but we already see it leveling out," Jaguar Land Rover CEO Ralf Speth said.

Jaguar competes against the likes of Audi, BMW, and Mercedes-Benz in the competitive luxury market.

"You have to be in these segments to be competitive and achieve the right volume to generate economies of scale," Speth said.

While SUVs are popular across the whole luxury market, Speth is predicting that the sedan could return to being popular once stricter emissions regulations are introduced in the US and China  two of the biggest market for luxury cars.

"Whenever you think you go away from sedans, you have to consider new CO2 regulations," he said. "By 2030 and 2040 you are looking for reductions in the order of magnitude of 40 percent. That means from a purely physical point of view the concept of a sedan is far more favorable than SUV."

The next generations of the XE and XF will be built in Jaguar Land Rovers new plant in Slovakia from 2023, according to Automotive News Europe, and will form a key part of the company's future electrification plans.
crosscoupe is offline
Quote
post #8 of 12 (permalink) Old 05-15-2019, 04:26 PM
Graham
Member


Join Date: May 2019
Posts: 39
Quote:
Originally Posted by crosscoupe View Post
Hence why I love the idea of a C-Pace because it would be the crossover that sits under an E-Pace and helping to fill the void here.
I-Pace sales are terrible.

Haven't seen one near me and even online they're hard to come by. E-Pace on the other has and shows in the latest sales report "Jaguar sales were up 20.2% year-on-year, for a total of 38,604 units."


Join Date: May 2019
Posts: 39
I have been watching BMW and the iX3 looks interesting. Its their first electric SUV but too small for me. iX5?


You Tube
Graham is offline
Quote